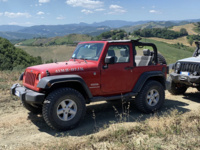 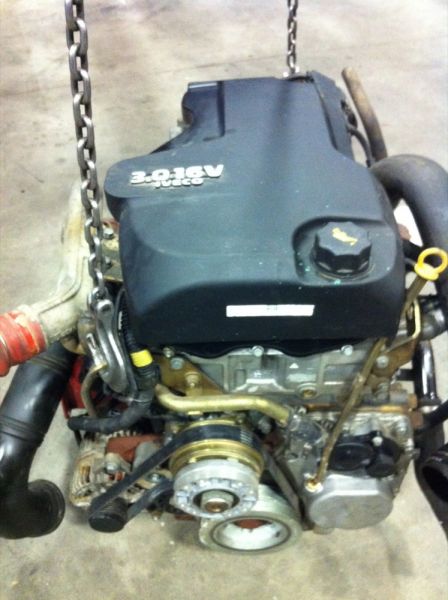 Almost nothing has been confirmed about the 2017 Jeep Wrangler, except that Americans will be buying 'em faster than a barbecue overdose can stop our red-white-and-blue-bleeding hearts. So here's a current-knowledge breakdown of the aerodynamic, aluminum, hybrid SUV that the next Wrangler might be.

Over the last few months Larry P. Vellequette over at Automotive News has been on point for next-gen Wrangler scoops. As a result he and his stories opening with "sources say" have been the inception for most of the following rumors. He seems to have the Toledo scene pretty well locked down and I'm inclined to trust him, though some of our sources disagree with a few major points.

UPDATE: it's just been suggested that production could split to allow a "Wrangler Classic" to keep the current body style going. See below.

The redesigned Wrangler will be a 2017 model.

This much is official. At Fiat-Chrysler's "five-year plan briefing" they flipped through a slide that revealed the Wrangler redesign was slated for the 2017 model year. Relatedly, they pointed out that 2016 will be their 75th anniversary and mark the introduction of another "C-Segment" SUV to replace the Compass and Patriot.

As we talk "Wrangler going on a diet," keep in mind this new C truck will help bring brand MPG averages down and take some of that burden off the Wrangler. Should mean FCA won't have to remove toomany of the inefficient idiosyncrasies that make the Wrangler wonderful.

Off-road ability and customization aren't going away... so they say.

Last year Jeep CEO Mike Manley told Car & Driver his company wants to keep the next Wrangler "easy to customize" and maintain the "halo-qualities" its off-road abilities bless the brand with, and his message hasn't changed since.

Manley and his boss Sergio Marchionne have tried to guardedly comfort Wrangler's enthusiast fan base every time they're questioned about the vehicle's development. Everybody knows the truck has to get more efficient, and everyone's scared the beancounters will turn it into a lifeless crossover to save coin.

Frankly I don't think such fear is entirely misplaced; Manley's also been quoted saying his three priorities for the next Wrangler are "preserving the look, improving economy, and on-road dynamics." If that's to be taken literally, "off-roading" is the next Wrangler's "job four" at best.

But I also think you should shut the fuck up and find a CJ-7 if you can't handle new vehicles being built on improved technology. As anybody who's ever been on a Jeep forum knows; any new Jeep sucks and the outgoing one is the only real Jeep. Such is the cycle.

Vellequette is convinced this is a done deal, but I'm not so sure. The factory retooling costs of switching to aluminum would be massive, the "billion dollar" aftermarket business would get majorly butthurt, the "repair controversies" Ford's dealing with would come in twice as hard... and how much could the existing body panels of a Wrangler even weigh anyway? The Wrangler's pretty much a steel mermaid covered in a few flimsy strips of sheet-metal providing as much coverage as a coconut bra.

I've also heard from one of my sources; a guy I trust who knows a guy who's working on the next Wrangler, that aluminum is off the table.

I'm not taking either option as confirmed yet, and neither should you. But I'll personally lean toward "staying steel" until Chrysler confirms otherwise or one of our spies gets a magnet on a prototype.

In an interview with Auto Express earlier this year, he added; "You have the potential for hybrid powertrains in the future. Those people who use the Wrangler, the most important thing is the initial torque and the crawl ratio. With an electric motor you have the most torque available and with the right combination of transmission and gear ratios you can create incredible crawl ratios."

But at least smaller turbocharged engines replacing the V6.

"We firmly believe that we have to downsize the engines that are going into the Wrangler, just in terms of displacements, and then increase the capabilities by putting turbos in and doing other things to that engine," as FCA boss Marchionne was quoted in The Daily Tech and elsewhere.

So I guess that's happening... and it'll be interesting to see how a boosted four is tuned for low-end torque.

This came up almost as an end-note in one of Vellequette's Auto News pieces, which said the next Wrangler "will have a fixed windscreen with a significant rake to improve its aerodynamics."

The comments in response to this on just about every site, blog, and forum I could find were "who cares, folding the windshield down sucks anyway." I vehemently disagree because I love driving with goggles and and a ski mask like a boss but apparently the new crop of Jeepers is too precious to eat bugs and pull rocks out of their foreheads for the sake of an awesome open-air experience.

I don't know how the hell Jeep's going to throw a sleek windshield on a Wrangler and "preserve the look," but maybe the slant they've got planned, if that is indeed the plan, is a subtle one like it was on the JK. Slowly getting us used to the idea of the Wrangler as a CUV...

As reported in the above mentioned Automotive News piece... that publication "has learned" the next Wrangler will hang on to simple, easy-to-throw-a-lift-kit-on solid axles instead of switching to independent suspension which would save weight.

I can get behind this rumor. Dana Axles (who supply Jeep) just invested serious money in their axle-making operations and I bet planned increased production of the next Wrangler has something to do with that.

I heard from a guy who knows a guy that Jeep is "considering a new OEM tire for the next Wrangler." That probably happens with every new body style, but intriguing nonetheless. If I knew more, I'd tell ya.

Automotive News was first again with the story about FCA dropping their eight-speed in the next Wrangler by getting a peek at a government filing the company sent to the SEC. But Allpar went the extra mile to actually dig up the statement and produce it for readers. They found FCA's "Amendment No. 1 to Form F-1 Registration Statement under the Securities Act of 1933″ dated November 13, 2014.

According to Allpar, "page 179 of the 257-page (not including attachments) document, the fourth paragraph says:"

"We have two commercial agreements with one of our key suppliers, ZF Friedrichshafen AG, or ZF, for the design, engineering and manufacture of new automatic transmissions that deliver reduced fuel consumption combined with improved driving performance. The first agreement covers a rear-wheel-drive 8-speed transmission for light- and medium-duty applications introduced in 2011 in the Chrysler 300 and Dodge Charger. Depending on the application, this 8-speed transmission reduces fuel consumption by more than nine percent over the 5-speed and 6-speed transmissions it replaced. The 8-speed transmission is currently paired with gasoline and diesel engines in the 2014 Ram 1500 and Jeep Grand Cherokee and is also featured in the new 2014 Dodge Durango. We plan to use this transmission in all of our rear-wheel-drive vehicles, except for heavy-duty versions of the Ram pick-up truck and the SRT Viper..."

They and Automotive News interpreted that to include the Wrangler.

But where will the next Wrangler come from?

This is the million (billion, really)-dollar question that consumers probably care least about, but the only Wrangler news Jeep employees and the city of Toledo, Ohio are on the edge of their seats over. The Wrangler is a big deal to the city and they're fighting hard to keep it.

On one hand FCA boss Marchionne has said that if the Wrangler goes aluminum, it wouldn't be built in Toledo. And at least a few credible people are pretty confident aluminum is happening. So that means Wrangler production is leaving the city.

Then again, the Toledo's director of development Matt Sapara is hard-set on fulfilling their recently deceased mayor's wish and keeping the company in town no matter what. The city is willing to let FCA buy another 100 acres to expand their factory, which currently craps out 240,000 Wranglers a year and would have to ramp-up to "300,000 to 350,000" according to AutoBlog and others.

"Wrangler Classic" to placate the purists.

The same day we published this story, someone I trust mentioned a major rumor I hadn't considered and feel is worth mentioning here– the idea that Wrangler production could split in 2017; with a wildly new bodystyle selling to the masses and a "Classic" model that's basically just the JK carried over to keep purists from freaking out.

Jeep basically did this to extend the life of the Cherokee XJ, Land Rover did it with their Range Rover... doesn't seem all that far-fetched to me if a mega styling/setup change is in the Wrangler's near future.

Got a point/counterpoint to one of these, or another redesigned Jeep Wrangler rumor we haven't mentioned? Let's hash it out in the comments!

Top image by Andrew P. Collins, the "aerojeep" by Jason Torchinsky who promises this was a rush job. Anyway, you get the idea. 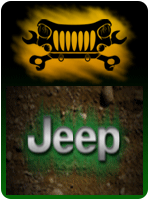